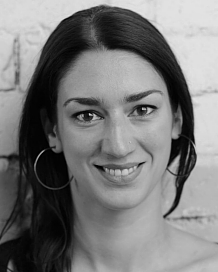 Institute of Communication and Media Studies

Her research agenda focuses on political populism and more specifically, the influencing factors that foster or hinder the usage of populist communication by political actors, as well as the specific circumstances under which the mass media create an information environment that may have an impact on the electoral success of populist parties.

Her PhD thesis is an international comparative analysis of populist party and media communication in the context of the European Parliament elections in 2014. It examines how the European press has handled populism during the EP election campaign and to what extent it has played a supportive role for populist actors. Franzisca Schmidt’s doctoral thesis was awarded the “Herbert von Halem Young Scientists Award” , as well as the “Young Talent Award” of the Swiss Association of Communication and Media Research SACM in 2017.

Schmidt studied sociology, economics, and communication science at the University of Bern. Since 2013, she has been working as a research assistant at the Institute for Communication and Media Studies. She teaches undergraduate courses in the area of political communication and supervises bachelor’s theses.